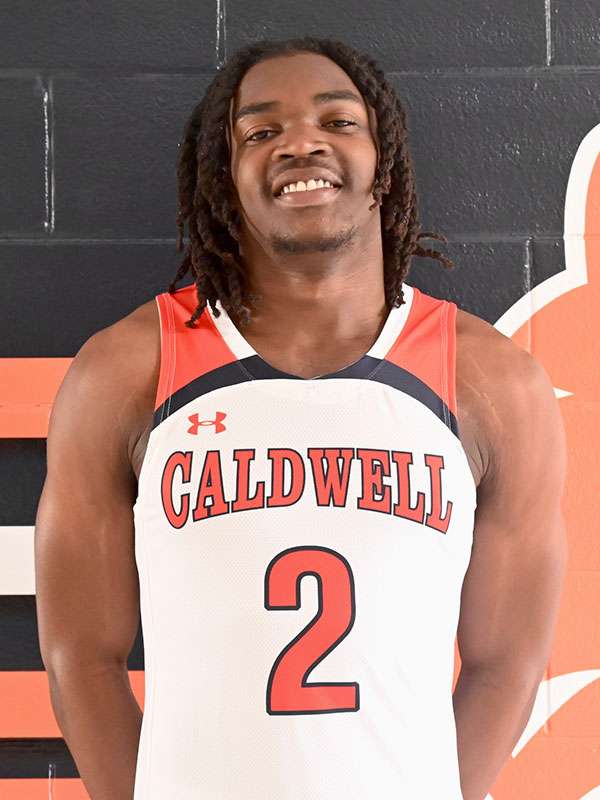 Linwood Grandy led the Cobras with 21 points in the win.
photo courtesy of Caldwell Community College and Technical Institute Athletics

Caldwell Community College men’s basketball used a 19-6 run in the final 6:44 of the first half and a 13-2 run in the first 2:59 of the second half to blow open a close game and defeat the visiting Tusculum JV Pioneers 102-60 on Tuesday night.

Caldwell trailed 25-24 with 6:44 to go when RJ Black was fouled on a three-point attempt. He made two of three free throws to give Caldwell a 26-25 advantage and the Cobras would never trail the remainder of the game.

Linwood Grandy scored 13 of his game high 21 points in the first half as the Cobras led 43-31 at the break. The Cobras made seven three-point baskets in the second half, including Jalen Miller’s with 1:40 remaining in the game that gave the Cobras their largest lead of the game, 98-54.

Normal starters Toyaz Soloman and Caleb Mauldin sat out of the game due to injuries. The Cobras have won seven in a row after dropping the season opener vs. Matlow State in overtime on November 3. The Cobras will continue their four game homestand with a visit from Northern Virginia on Friday night at 7pm.