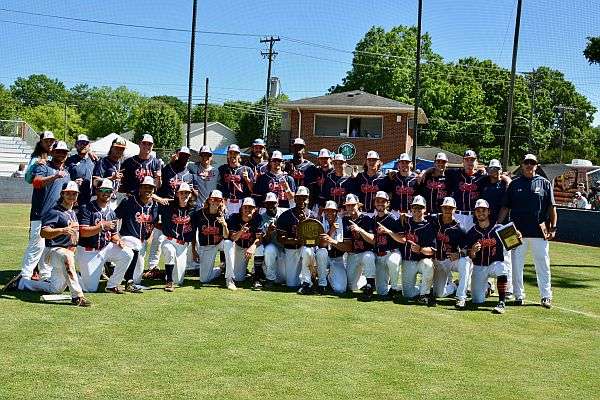 Setzer retired Surry in order in six of the eight innings he pitched, including 15 in a row at one point.

Steven Smith got Caldwell on the board in the first inning with a solo homerun. In the top of the second inning, Surry tied the game on an RBI single by Kyle Brittain. After the single by Brittain, Setzer would retire the next 15 Surry batters he faced.

Caldwell would reclaim the lead in the bottom of the second inning getting a run from an error. Cole Hales would then follow with a two RBI single and Caldwell led 4-1 after two inning complete.

In the bottom of the seventh, Jacob Bebber drew a bases loaded walk for Caldwell’s fifth run. Breon Ishmael would follow with a two RBI double. Kayl Rattliff then got an RBI single, and Ishmael came home to score on a wild pitch, giving Caldwell a 9-1 lead.

Scout Nichols and Will Westbrock pitched the ninth inning, allowing just one baserunner via an error.

Caldwell will travel to Region 20 Champion Community College of Albermarle County in Pittsburgh, PA this weekend for the Mid-Atlantic District Championship. The winner of the best-of-three series will earn the automatic bid to the NJCAA Division Three National Championship, to be held May 28-June 2 at Pioneer Park on the campus of Tusculum University in Greeneville, TN.

Caldwell is now 44-7 on the season. The Cobras are also the new number-one team in this week’s NJCAA Division Three Baseball Poll, released on Monday afternoon.