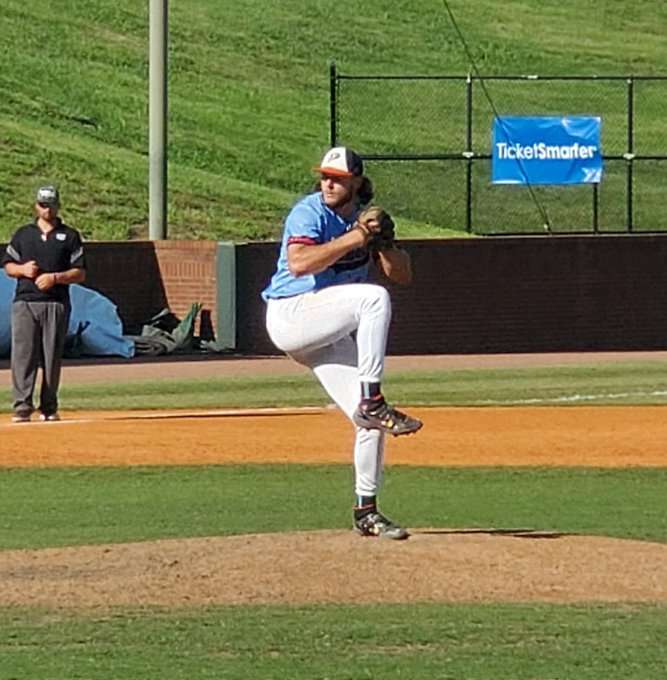 Hayden Setzer got the complete game victory on the mound as Caldwell starved off elimination and stayed alive in the NJCAA Division Three Baseball College World Series by beating Northern Essex 5-1.

Setzer struck out 12 while only walking two as Caldwell won for the 48th time this season. Setzer runs his record to 9-0.

Caldwell got on the board in the third inning when Cole Hales scored on a double play with bases loaded. Caldwell’s second run of the game came in the fourth inning when JT Fecteau’s double down the left field line plated Michael Logan, giving the Cobras a 2-0 lead heading into the fifth inning.

Northern Essex (42-4) got a run in the top of the seventh inning when Joseph Settle advanced to third on a wild pitch and then scored on a throwing error. Caldwell’s final run of the game came in the bottom of the seventh via Steven Smith’s solo homerun.

Caldwell (48-8) will play St. Cloud in an elimination game at 3:30PM on Tuesday. The eighth seeded Cyclones (26-12) eliminated Oakton on Monday 11-3 in seven innings. Tuesday’s game will be a rematch of Saturday’s opener when Caldwell got the walk off 3-2 victory. The Caldwell-St. Cloud winner will then face the loser of the winner’s bracket final (Herkimer vs. Dallas College-Eastfield) at 7PM on Tuesday.