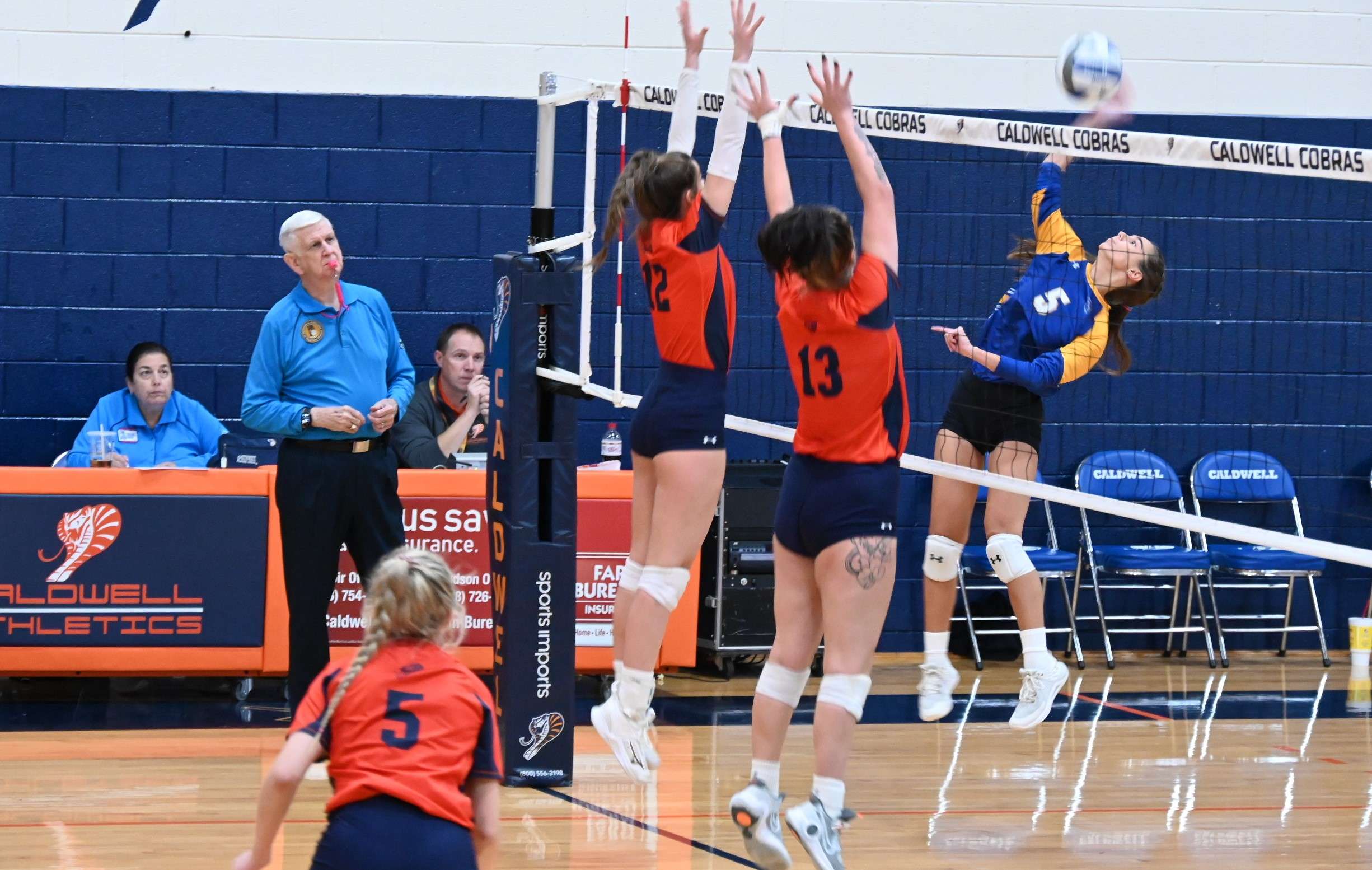 Three Cobras had double-digit kills, led by Catherine Pate who had 14. Anna McNeely and Terayah Bess each had 12 kills. Carissa Potter led the Cobras in digs with 19.

Cobras advance to Saturday’s semifinal where they will face top-seeded Sandhills (18-13) on Saturday, October 22 at 11AM.  The other semifinal match will be at 1PM featuring #2 Central Carolina (8-10) against #3 Rockingham (9-8).   The tournament championship game is scheduled for 3PM.  The semifinals and finals are being held at Rockingham Community College in Wentworth, NC.