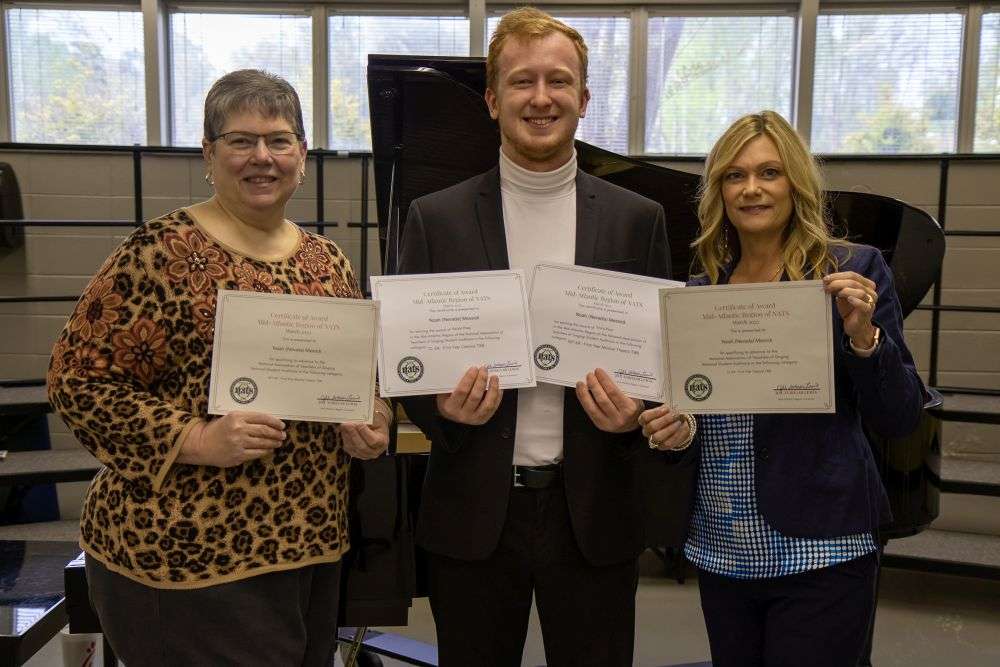 Catawba Valley Community College music student Noah Messick has advanced to the national level of the National Association of Teachers of Singing competition following his placement at the regional level.

Messick placed second in the Classical music category and third in the Musical Theater category after competing against students from five states — North Carolina, South Carolina, Virginia, Maryland and the District of Columbia. As part of his regional audition, Messick performed six total pieces — three in each musical category.

In the first round of the national competition, Messick will be competing with 30 first- and second-year students in each category for the right to advance. Messick submitted his video audition for the nationals earlier this month. He’ll find out out next month if he’s making the trip to Chicago for the second and final round of nationals, which will feature an in-person audition. The first round results will be released on May 15.