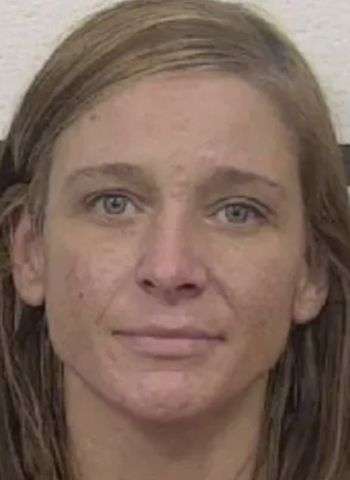 Late last week, U.S. District Judge Kenneth D. Bell handed down sentences ranging from 120 to 144 months in prison, to three individuals, including a Morganton woman, for their involvement in a methamphetamine trafficking ring. The announcement was made by Andrew Murray, U.S. Attorney for the Western District of North Carolina. The sentencing occurred last Thursday (January 28) in Charlotte.

40-year-old Chasty Elaine Hinson Stallings of Morganton, was sentenced to 120 months in prison and five years of supervised release. Stallings pleaded guilty to two counts of possession with intent to distribute methamphetamine and one count of possession of firearm by felon.

According to court documents and information from the sentencing hearing, in September 2019, Stallings was a part of a methamphetamine trafficking ring operating in Caldwell County and elsewhere. Over the course of the investigation Stallings was found in possession of 730 grams of 97.9% pure methamphetamine and a firearm.

According to court records, between February and March 2020, in Ashe and Watauga Counties, and elsewhere, law enforcement seized more than 750 grams of methamphetamine with purity greater than 94% from Arnold, Latham, and Lipford.

This case is the result of the Organized Crime Drug Enforcement Task Force Operation “Dixie Crystal.” According to court documents, since 2015, more than 220 individuals have been prosecuted as a result of the Dixie Crystal investigation. Over the course of the investigation, law enforcement seized far in excess of 100 kilograms of crystal methamphetamine, $1,000,000 in U.S. currency and other assets, and dozens of firearms.