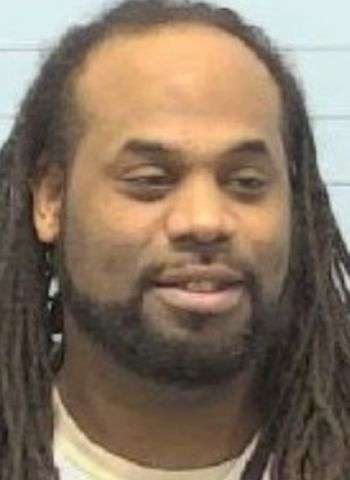 37-year-old Brian Jerome Robinson of Connelly Springs will spend 28 to 35 years in prison following his conviction for two counts of second-degree murder and two counts of robbery with a dangerous weapon during Burke County Superior Court Monday (April 12).

Robinson was given the active prison term by the Honorable Casey Viser, Superior Court Judge from Mecklenburg County, after he entered a guilty plea in connection with the September 2016 deaths of 29-year-old Spencer Jermain Murray and 35-year-old Albert Alexander Austin. Robinson is one of four co-defendants in the double murder. Two others – Icey Chenell Gooden and Brandy Nicole Davis – already have entered guilty pleas for their involvement and are serving active prison sentences.

Gooden was sentenced to a prison term of 25 to 32 years in July 2019 for two counts of second-degree murder, two counts of robbery with a dangerous weapon and two counts of first-degree kidnapping. Davis is serving eight to 11 years after her January 2020 conviction for two counts of accessory after the fact to murder. They both provided post-conviction interviews giving evidence against Robinson and the other male co-defendant. Charges are still pending for the final co-defendant.

On September 18, 2016, a burned vehicle registered to Murray was found, and first responders confirmed there were human remains in the trunk. Family members were contacted, and they told investigators the vehicle belonged to Austin, Murray’s cousin. Neither individual could be reached. The victims were identified through dental records.

The investigation revealed that Robinson and the male co-defendant robbed the two men and put them in the trunk of the vehicle before driving it to a deserted area and setting it on fire. They later attempted to burn items used in the robbery and murder that were found by investigators. Autopsy findings show that the victims died from smoke inhalation and elevated carbon monoxide saturation that led to poisoning from inhaling the products of combustion.

Melanie Robinson and Scott Carico led the investigation for the Burke County Sheriff’s Office with assistance from the North Carolina State Bureau of Investigations and several local agencies. Michelle Lippert and Lance Sigmon handled prosecution for the District Attorney’s Office.