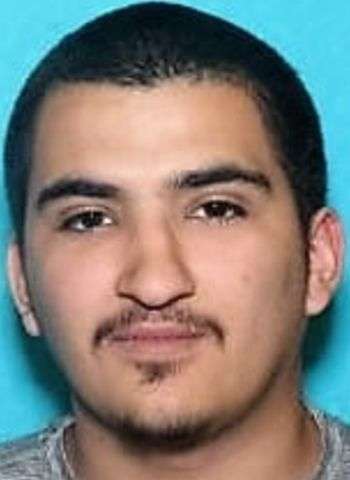 Shortly before 8 p.m. Monday, Marion Police Officers responded to a disturbance on Park Avenue near Cardinal Lane. When officers arrived they found 20-year-old Ethan Dakota Troutman of Marion in the roadway on Park Avenue with a single gunshot wound to the torso. A short time later, Troutman was pronounced deceased at the scene.

Preliminary investigation revealed that the victim went to the address on Park Avenue as a passenger in a 2006 Hummer SUV. Police believe that the purpose of the visit was to collect money owed to him by an individual who was at that address. Two Nebo residents were also in the Hummer. According to witness statements, the victim exited the vehicle and went to the front of the residence and contacted the person who owed him money. An altercation followed this contact.

During the dispute, a third person, identified as the suspect, Emillio Jesus Villarreal, allegedly came out of the residence with a handgun. The suspect allegedly fired a single shot from the front porch, striking Troutman in the torso. Troutman ran from the front of the residence and got in the Hummer to leave, at which time he and the other passengers realized he had been shot. They attempted to render aid to the victim.

Investigators were still attempting to find an unnamed individual who fled from the scene after the shooting for questioning. Villarreal was arrested at the scene and transported to the McDowell County Jail where he was placed under an unspecified secured bond. He was scheduled to appear in District Court today (January 5).