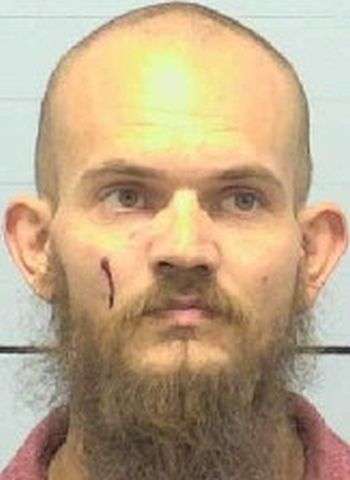 30-year-old Matthew Thomas Lincoln of Morganton was arrested Saturday (June 4) by Morganton Public Safety Officers. He’s charged with two felony counts of flee to elude arrest with a motor vehicle. In addition, Lincoln is charged with assault by strangulation, two misdemeanor counts apiece of careless and reckless driving and damage to property, single misdemeanor counts of hit & run, fail to heed lights and siren, resist, delay, and obstruct an officer, unauthorized use of a motor vehicle, and eight traffic violations.

On Saturday, Morganton Department of Public Safety officers responded to a reported domestic disturbance and assault on VFW Road. While en route to the call officers learned that the suspect fled in a silver-colored BMW, after allegedly attempting to assault the victim with a pipe. Officers spotted the vehicle on VFW Road and attempted to stop it, at which point the vehicle fled and a chase began. Officers pursued the vehicle into the area of VFW, Shuffler, and Bost Roads before losing sight of it and discontinuing the pursuit.

A short time later, officers observed the vehicle and attempted to initiate a traffic stop, again the BMW fled with officers in pursuit. The chase continued down West Fleming Drive to Burkemont Avenue and out of the city limits on U.S. 64. As the pursuit left the city limits, the suspect struck a vehicle and continued. This collision resulted in property damage but no injuries. At the intersection of Melvin Propst Road and U.S. 64, the pursuit was terminated upon the identification of the driver.

The suspect vehicle was spotted in the Conley Road area by an off-duty Burke County Sheriff’s deputy a short time later. The suspect, Matthew Thomas Lincoln, headed down Conley Road towards Jamestown Road. Glen Alpine Police officers were able to get behind the vehicle as it traveled down Conley Road. Morganton Public Safety units used tire deflation devices near Jamestown and Interstate 40. Lincoln then attempted to enter I-40 headed the wrong way, and Glen Alpine units used a forced vehicle stop maneuver to end the pursuit. This resulted in Lincoln’s vehicle being pushed off the roadway where he was taken into custody.

Lincoln was transported to the Burke County Jail where he remained as of earlier today (June 7) under $58,500 secured bond. He was scheduled to appear in District Court Monday (June 6). Lincoln may be facing additional charges stemming from this incident.