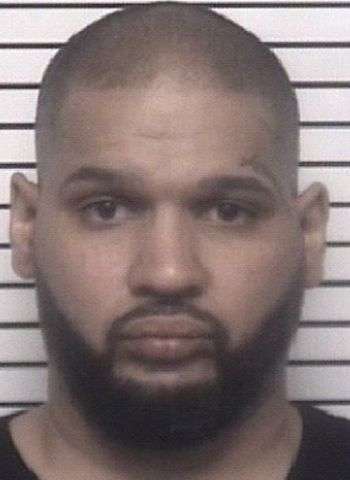 On Tuesday, December 21, Iredell County Deputies stopped a 2021 Honda with Massachusetts plates for a traffic violation on Interstate 77. The driver was Edgar Raphael Rodriguez. A male passenger was also in the Honda. During the stop, Deputies became suspicious of possible criminal activity. As he was being questioned, Rodriguez sped away from Deputies.

As Deputies pursued, Rodriguez threw a handgun from the vehicle. The pursuit continued as the Honda struck a tractor-trailer. The vehicle continued onto Interstate 77 as the suspect struck additional vehicles and a guardrail before the Honda was disabled near southbound mile-marker 44. Both suspects abandoned the vehicle and fled on foot.

A perimeter was established and K-9 Officer Wilber was deployed. Within minutes, the suspects were taken into custody without further incident. Officers learned that the second suspect is Rodriguez’s 16-year-old son.

After securing the Honda, Officers found five ounces of marijuana and drug paraphernalia. They also found the handgun that was thrown from the vehicle. Officers checked the serial numbers and learned that the gun was stolen in Pennsylvania.

Rodriguez was placed in the Iredell County Detention Center under a $250,000 secured bond. He faces numerous additional charges from the North Carolina State Highway Patrol. Rodriguez, who is a convicted felon in the state of New York, will appear in District Court on January 18.

The juvenile was turned over to the Iredell County Department of Social Services, which will assist in returning him to his family.