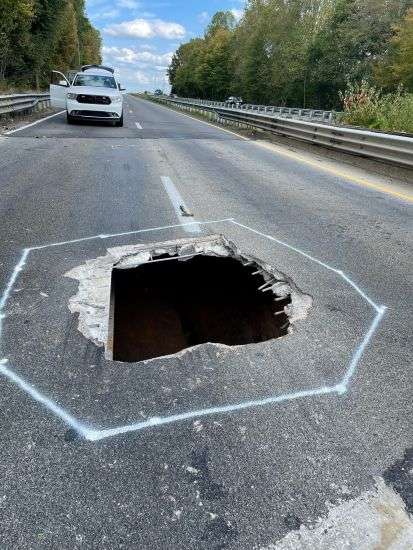 A hole developed on a portion of a major highway, resulting in a bridge being closed over the weekend. According to the North Carolina State Highway Patrol, on Friday afternoon (October 22) Interstate 40 West in Iredell County was closed near Old Mountain Road (Exit 144). A large piece of concrete from the bridge over Beulah Road fell out and created a hole in the overpass.

The North Carolina Department of Transportation responded and set up a detour directing traffic from Stamey Farm Road (Exit 145) to US 70 West and back onto the interstate via Sharon School Road (Exit 141). NCDOT remained at the scene to assess the bridge and the repairs needed.

44-year-old Jason Gerrard Glenn, who is listed as a homeless person from Hickory, was arrested…