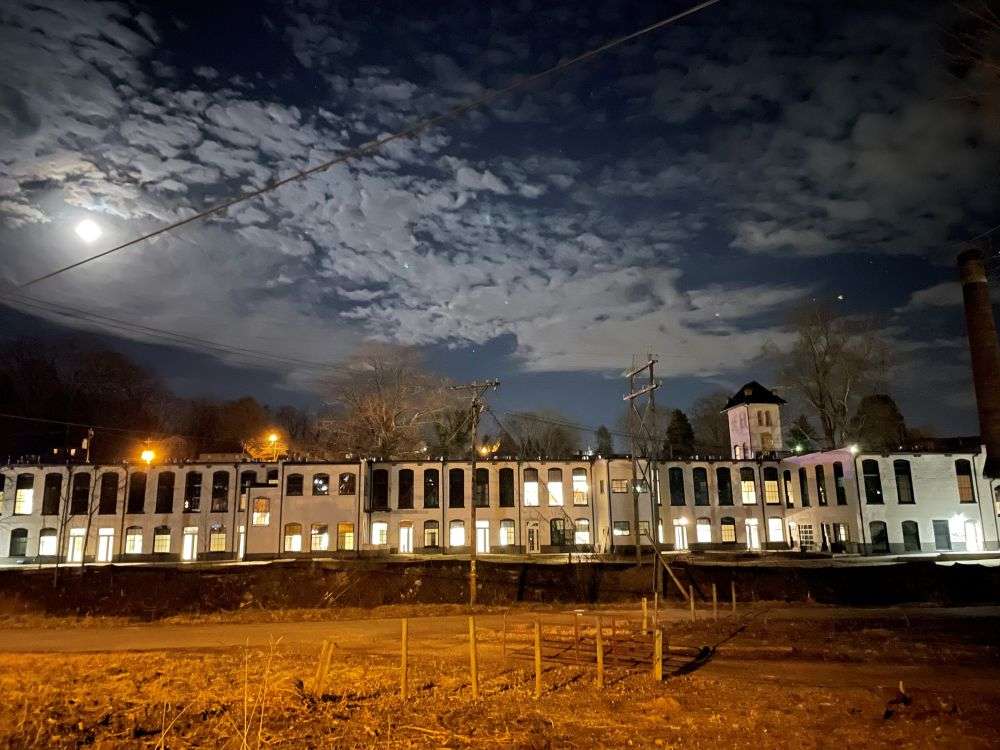 The former Blue Bell garment manufacturing facility in Lenoir has been restored to National Park Service historic standards. The project brings 46 market-rate apartments to the downtown. It’s the first phase of redevelopment to the 12+ acre campus.

The Blue Bell project is intended to fill a need in Lenoir and Caldwell County for market-rate housing. The facility welcomed its first residents in December 2021 and is presently 80% leased. An opening event and formal ribbon cutting is projected for early April.

Historically, the work force at Blue Bell was 95% female from the years before World War II until the closing of the plant in the early 1980s. The Blue Bell community included bowling teams, beauty pageants, parade floats, and more, all of which are reflected in a permanent exhibit of historical photographs that line the upper level of the mill building’s grand corridor. The lower level features ‘before’ and ‘during construction’ photography reflecting the building’s condition and the level of work involved in restoring it to National Park Service standards.

Amenities at the apartments include Wi-Fi throughout the building, side-by-side washers & dryers, full kitchen packages, a fitness center, a bike storage room, and individual storage compartments for residents.

Developers Yorke Lawson and Tom Niemann of Blue Bell Lenoir, L.L.C. worked closely with the City of Lenoir and the state government in bringing together the pieces needed for the restoration. The project utilized both federal and N.C. state historic tax credits.

Due to a planned service outage by Duke Energy in the Ridgeview area, several City…