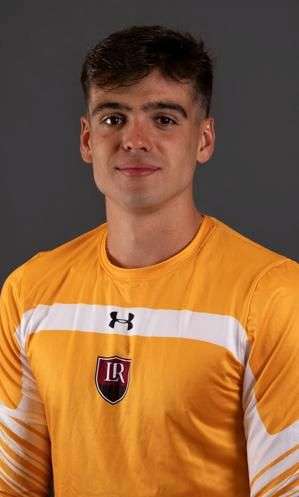 Juan Basabe had four saves in the Bears win over Newberry.
photo courtesy of Lenoir-Rhyne Athletics

The South Atlantic Conference announced its Men’s Soccer Players of the Week for matches played during the ninth week of the 2022 season and Lenoir-Rhyne goalkeeper Juan Basabe was named defensive player of the week.

Basabe, a senior from Durango, Spain, led the Bears to a 1-0 SAC win over Newberry. He made four saves to pick up the clean sheet, his sixth of the season.

Basabe and the Bears return to action tomorrow when they host Catawba.