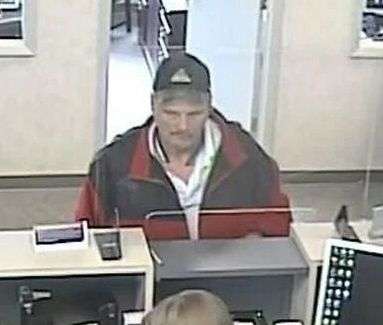 Conover Police say the suspect handed the teller a note demanding money. The teller complied giving him an undisclosed amount of money. The suspect is described as a white male in his late 40s to early 50s with a gray light beard. He was wearing a black and red jacket, a black ball cap with a camo-patterned bill, white shirt, blue jeans, and gray tennis shoes.

It’s reported the suspect left the scene in a silver Honda SUV. The investigation is continuing.

[Some information for this story and photo of suspect courtesy of Rick Gilbert, WACB]
Related Posts