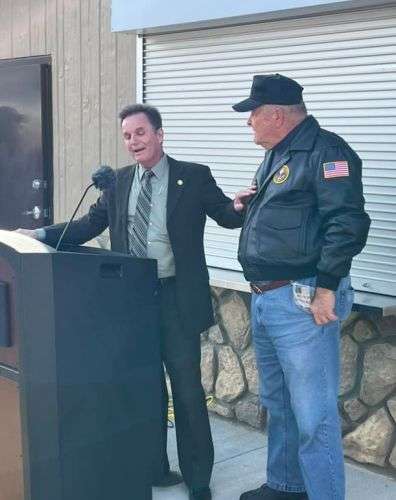 The ball field at Jaycee Park in Hickory was recently named P.D. Fowler Field in honor of Paul David “P.D.” Fowler. This honor is due to Mr. Fowler’s many years of dedicated service as a Hickory Police Officer and inspirational baseball coach.

P.D. Fowler was born in Burke County. He joined the United States Army in 1964 and served as a military police officer and a K-9 trainer. When he came home from Vietnam, he moved to Catawba County, where he began his career at the Hickory Police Department in 1966. Fowler retired from HPD in 1990, after serving his community in law enforcement for more than two decades.

Mr. Fowler has a love for the sport of baseball and over the years seized every opportunity to play the game and coach others with an interest in the sport. Mr. Fowler has shared his passion for baseball with kids and adults for over 65 years. He enjoyed teaching baseball fundamentals as well as instilling the values of teamwork, sportsmanship, and hustle.

P.D. Fowler coached for Hildebran High School in the 1960s and Hickory High School in the 1970s. He also helped coach at Lenoir-Rhyne College and with the Hickory Crawdads Baseball Club. He even scouted for the Atlanta Braves for three years during the 1990s. In addition, he coached at the Hickory Foundation Center for 41 years as well as at Grandview Middle School and Granite Falls High School. He still helps coach at East Burke High School today.