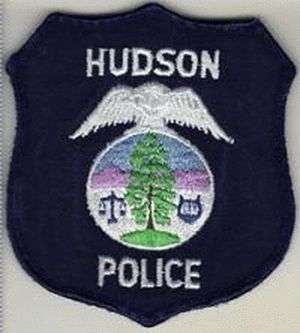 The name of the individual killed in an officer-involved shooting last week in Hudson has been released. The deceased is 45-year-old James Preston Trexler, Jr.

Last Friday morning (September 9), just before 6:00, Hudson Police Officers responded to a 911 call at a residence on Eastview Street. The caller, James Preston Trexler, Jr. reported that a sexual assault was taking place inside the residence, specifically naming the victim. Officers encountered Trexler outside the home, he was armed with spear and making movements toward entering the residence.

Officers knew that the reports of the sexual assault were not accurate and that the victim Trexler named had been killed more than two years prior. Due to the fact that Trexler’s allegations were not factual, police became concerned for the safety of the occupants of the home. They made numerous attempts to convince Trexler to disarm himself and he reportedly remained adamant that he wanted to get into the home.

Officers approached Trexler and attempted to speak with him and he reportedly became uncooperative and made threatening gestures towards the officers with the spear. Police made two separate unsuccessful attempts to use less than lethal force to disarm him. He reportedly threw a trash can at the officers then lunged towards them with the spear. An officer discharged his weapon, striking Trexler. He later passed away at the scene.

The two officers were placed on administrative leave while the incident is investigated, that probe is being conducted by the North Carolina State Bureau of Investigation.