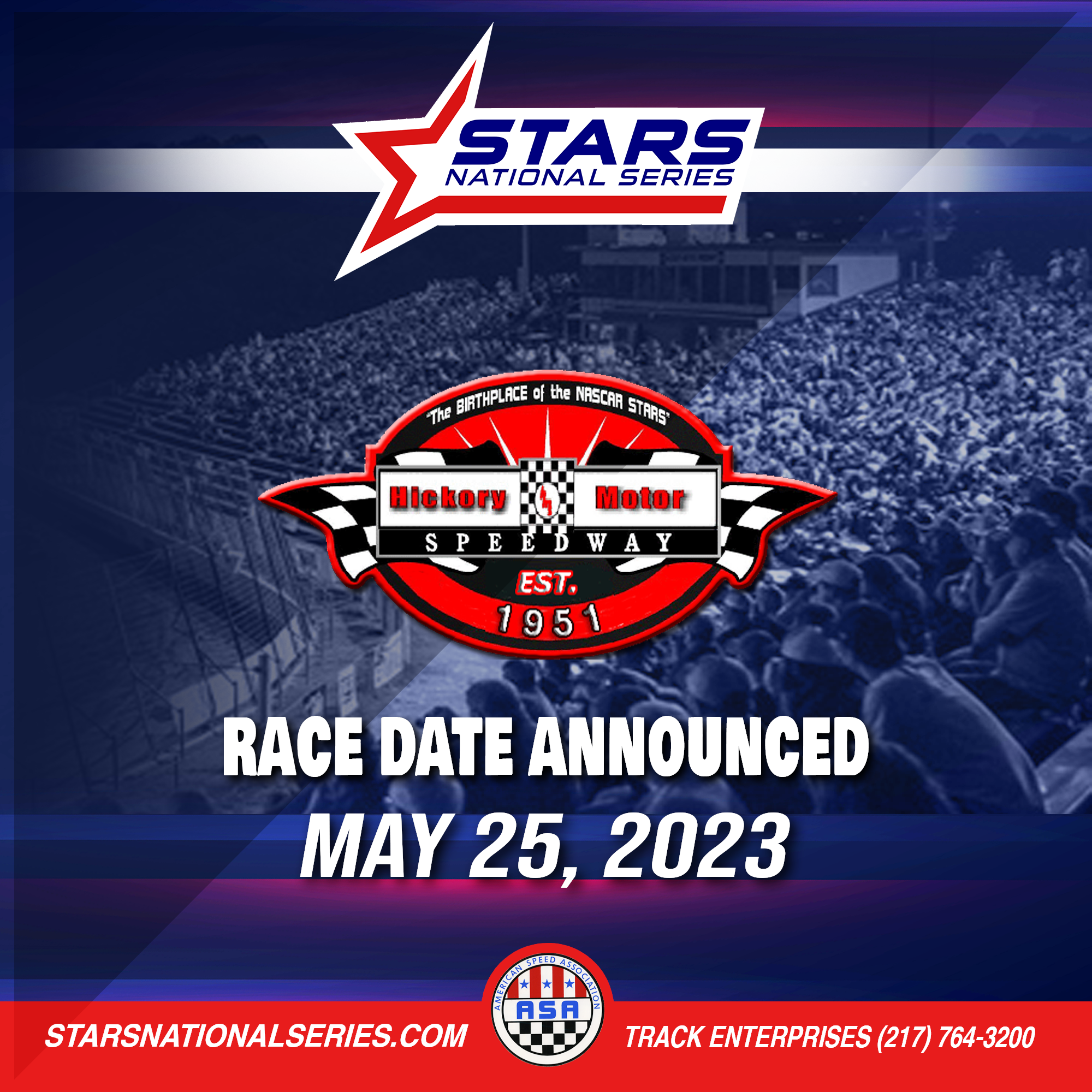 The lone date missing from the 2023 ASA STARS National Tour is no longer a mystery. Series officials announced that Thursday, May 25 will be the race date for the national pavement Super Late Model series event at the Hickory Motor Speedway in North Carolina.

The midweek race serves as a precursor to festivities of a big NASCAR race week in North Carolina at the Charlotte Motor Speedway, which is located 53 miles southeast of the short track in Hickory, NC.

“Hickory has so much history within motorsports,” said Bob Sargent, President of Track Enterprises, which owns and operates the ASA STARS National Tour. “We are excited to have an event where so many great names have raced at. And to top it off, we will be the kickoff event to what should be a fantastic weekend for race fans in the area.”

It’s been more than 20 years since the ASA National Tour made its sole stop at Hickory Motor Speedway. Former NASCAR Cup Series driver Scott Wimmer won the 300-lap event in April of 2000.

“We are always looking for new and promising things to bring to America’s Most Famous Race Track, Hickory Motor Speedway,” said Kevin Piercy, Promoter of Hickory Motor Speedway. “Bringing back ASA is a great fit for us and we believe it will only add to an already great race week in the Carolinas.

The race at Hickory Motor Speedway will serve as the fourth event on the 2023 ASA STARS National Tour schedule and will also be part of the ASA Southern Super Series schedule. More information regarding ticket sales, event schedule and entry blanks for competitors will be announced as soon as possible.

The ASA STARS National Tour will open its 10-race, six-state tour on Saturday, March 11, 2023 at the famed Five Flags Speedway in Pensacola, FL. Tickets will go on sale for the inaugural event on Tuesday, January 10.

For the full ASA STARS National Tour schedule, plus Super Late Model rules and other information, please visit the series website at starsnationalseries.com.