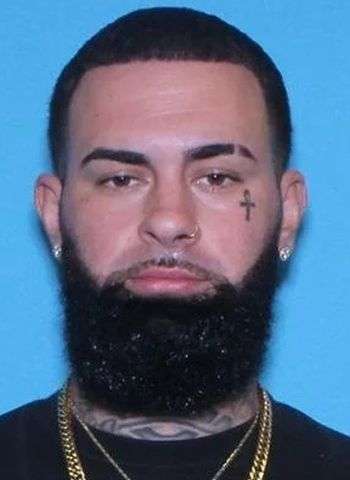 Yesterday (July 12), the Catawba County Sheriff’s Office requested assistance from the Burke County Sheriff’s Office regarding a missing person case. Anthony John Jaworsky of Catawba County was last seen by his family in the Conover area in July of last year. Mr. Jaworsky was 29 at the time of his disappearance. His vehicle was found by the North Carolina State Highway Patrol along I-40 in Iredell County shortly after he was reported missing.

Burke County and Catawba County investigators, along with the North Carolina State Bureau of Investigation, served a search warrant at an address on Curley’s Fish Camp Road in Hildebran. During the search, which was conducted on July 12 & 13, evidence was obtained leading to the issuance of an arrest warrant for 23-year-old Mark Anthony Ortiz of Hickory. He was charged with felonious disposal of a body and felonious obstruction of justice.

As of Wednesday afternoon (July 13), Ortiz had not been arrested. The investigation is ongoing and additional information will be released as it becomes available.