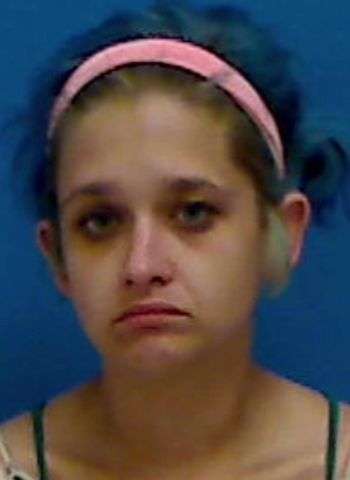 Smith was arrested yesterday (May 31) when Catawba County Investigators spotted her in the parking lot at a convenience store on Highway 16 North in Conover. She was taken into custody on outstanding orders for arrest for failure to appear. She reportedly failed to appear in court on counts of breaking & entering a motor vehicle, larceny of a motor vehicle, and possession of stolen motor vehicle.

During the arrest, Smith’s vehicle was searched, resulting in the seizure of 57 dosage units of oxycodone, along with small quantities of methamphetamine and marijuana.

Smith was jailed yesterday in the Catawba County Detention Facility under a $59,000 secured bond. A first appearance in District Court was scheduled today in Newton. A Superior Court date on the stolen vehicle charges is coming up on July 18.

Lenoir Woman Jailed On Charge Of Fleeing From Police, Indicted On Firearm Count