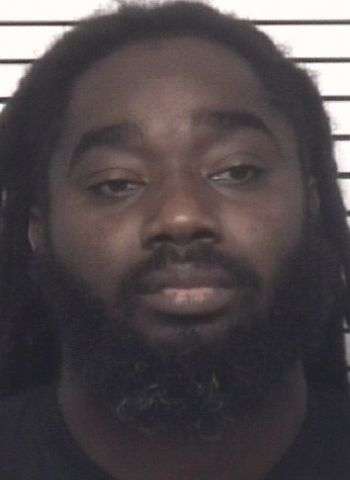 32-year-old Tony John Young was arrested Thursday (May 5) by Statesville Police Officers. He’s charged with felony counts of assault with a deadly weapon with intent to kill inflicting serious injury and possession of a firearm by a felon.

On April 16, 2022, Statesville Police responded to an address on Stockton Street in reference to a shooting in which an individual was injured. During the investigation, officers received information that a woman suffered a non-life-threatening gunshot wound and was at a local hospital. Officers identified the alleged shooter as Tony John Young. Warrants were obtained for the arrest of Young.

On May 5, with the assistance of the Carolinas Regional Fugitive Task Force, Statesville Police Officers apprehended Young at the Red Roof Inn in Statesville. During the arrest, officers reportedly saw a handgun on the bed and what they believed were narcotics on a dresser drawer.

The Statesville Police Department Narcotics Division responded to the scene and conducted a search of the room. During the search, investigators found two handguns, narcotics, digital scales and a large sum of U.S. currency. Young was arrested and transported to the Iredell County Detention Center.

Additional charges are pending for Young in connection to the drugs and handguns found in the hotel room. Young is on probation as a result of a conviction for possession of a firearm by a felon. He was placed in jail without bond. A District Court appearance was scheduled today (May 6).

Injuries were reported in a crash Monday (March 21) in Alexander County. At approximately 8:00…