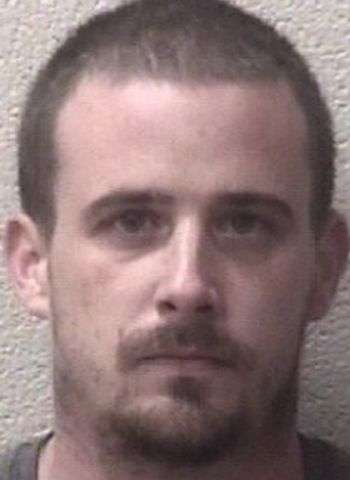 29-year-old Vaughn Paul Mitchell III of Maiden was arrested Sunday (October 11) by Alexander County Sheriff’s Officers. He’s charged with felony counts of assault with a deadly weapon with intent to kill inflicting serious injury and possession with intent to manufacture, sell, and deliver methamphetamine. Mitchell is also charged with misdmeanor counts of possession of drug paraphernalia and marijuana paraphernalia, along with failure to appear on various charges from Alexander, Catawba, and Iredell Counties.

On Sunday (October 11) at approximately 11:00 p.m., Alexander County 911 Communications received a call in reference to a stabbing. Officers responded to a residence located on Stony Point School Road in Stony Point. Upon arrival, officers found a victim who was bleeding from an injury in his neck area. The victim stated that the altercation occurred following a verbal disagreement. The suspect left the residence on foot. The victim was transported by Alexander County Ems to Iredell Memorial Hospital.

Highway Patrol found the suspect walking down Stony Point School Road and detained him. He was identified as Vaughn Paul Mitchell III. Further investigation showed that Mitchell was in possession of a knife, narcotics and drug paraphernalia, including marijuana and meth.

Mitchell was transported to the Alexander County Detention Center, where he was placed under a $134,000 bond. A District Court appearance was scheduled today (October 12).

The name of the victim in a fatal crash in Iredell County has been released.…