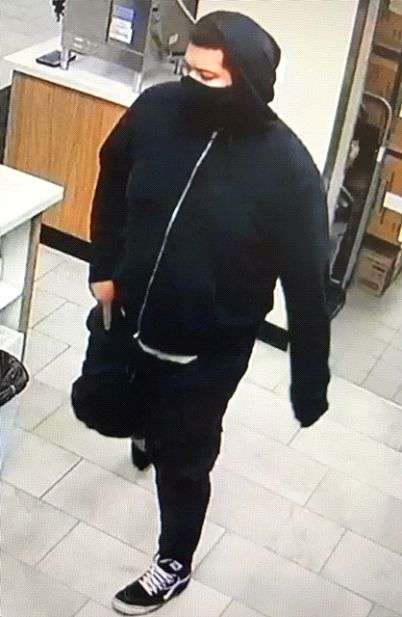 The Iredell Co. Sheriff’s Office is investigating an armed robbery that occurred this morning (December 24) at a business on the West Memorial Highway in Union Grove.

Sheriff’s Officers responded the call shortly after the robbery, which took place at Knight’s B.P., just off of Interstate 77. Deputies secured the scene and immediately downloaded surveillance camera footage while they interviewed the clerk.

The suspect is described as a light-skinned, black male. He is 5’7”-to-5’9” tall and weighs 260-to-300 pounds. The suspect was wearing a black mask with facial hair visible. He was wearing all black clothing and Vans-type shoes. The suspect vehicle is a dark gray Kia sedan, possibly an Optima, with plastic covering on the roof.

Anyone with information should call the Iredell County Sheriff’s Office at 704-878-3100.