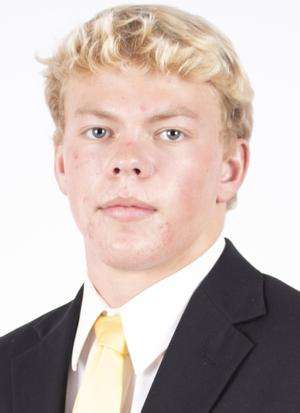 Will Miller was named NCAA Wrestler of the Week, going 3-0.
photo courtesy of Appalachian State Athletics

Miller’s unbeaten week included a 7-5 decision against eighth-ranked returning All-American Clay Lautt of North Carolina, a result that gave App State its final victory in a 19-16 road win at No. 21 UNC. Competing in a dual for just the second time, Miller delivered a tiebreaking takedown with 36 seconds left and finished on top to preserve the win.

Miller then went 2-0 in Tuesday night’s pair of duals, starting with a 3-1 decision against Bellarmine’s Devan Hendricks, a four-year starter who took a 46-28 career record to Boone. Miller capped the night with a 14-4 major decision against Queens’ Sebastian Shered.

Miller has won nine of his last 11 matches, starting that streak with a 5-0 run to an individual title at the Keystone Classic.