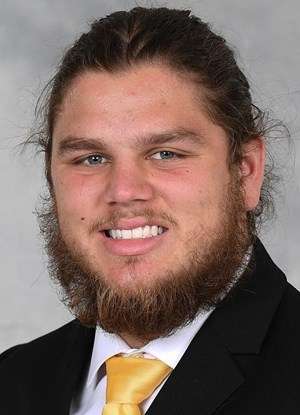 Hodges’ overall blocking grade of 85.3 from PFF this season ranks fifth overall among starting FBS offensive tackles and No. 1 among starting right tackles at the FBS level.

Hodges’ run-blocking grade of 86.2 is also fifth nationally among starting FBS offensive tackles and No. 1 among starting right tackles. A two-year captain, he allowed just one sack and two quarterback hits in 428 pass-blocking snaps.

The Mountaineers have produced at least one FBS All-American in each of the last four seasons.