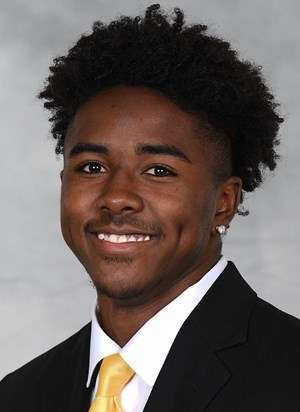 The Football Writers Association of America has named App State’s Milan Tucker a second-team All-American as a kick returner.

Tucker is the ninth App State player in the last four seasons to be named an FBS All-American, joining teammate Cooper Hodges, who has been honored as a third-team All-American by PFF College for his work this season at right tackle.

Tucker’s average of 28.2 yards per kickoff return, with 620 yards on 22 returns, officially ranks No. 3 in the nation heading into the bowl season. To qualify as an NCAA statistical leader, a player must average at least 1.2 returns a game — or a minimum of 15 returns over 12 games.

Of the 23 players nationally with at least 20 returns this season, Milan’s 28.2 average ranks No. 1.

Tucker scored his first career touchdown with a 96-yard kickoff return at Marshall, giving the Mountaineers at least one kick return touchdown for the fifth straight year. He also had key returns of 47 yards against North Carolina and 63 yards in the win against Georgia State.

After Georgia State made a field goal to cut its deficit to 11 points early in the fourth quarter on Oct. 19, Tucker set up a touchdown by returning the ensuing kickoff to the Panthers’ 30-yard line.

Tucker’s 620 return yards in a season rank No. 2 in the FBS era of App State Football, behind only the 781 from Jalen Virgil in 2021. Only one FBS player, Indiana’s Jaylin Lucas, has more than one kickoff return touchdown this season.