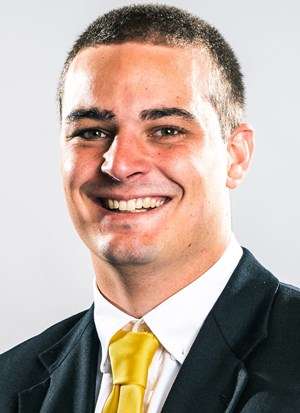 Tyler Bird had 11 tackles, one for a loss.
photo courtesy of Appalachian State Athletics

App State linebacker and captain Tyler Bird has been named a semifinalist for the William V. Campbell Trophy, which recognizes the best football scholar-athlete in the nation for combined academic success, football performance and exemplary leadership.

Of the 156 semifinalists for the Campbell Trophy, more than half have already earned their bachelor’s degrees.

Each nominee for the Campbell Trophy must be a senior or graduate student in their final year of eligibility, have a GPA of at least 3.2 on a 4.0 scale, have outstanding football ability as a first-team player or significant contributor and have demonstrated strong leadership and citizenship.

Bird has played in a team-leading 57 career games, and he made the first two starts of his career in the last two games. He ranks sixth on the team this season with 11 tackles to go along with one sack and one fumble recovery.

He has totaled 73 tackles, two sacks, 4.5 tackles for loss, two forced fumbles and three passes defended since making his debut as a true freshman in 2018.

0utside of football and his academic pursuits, Bird has traveled to local schools to read on Dr. Seuss National Reading Day and participated in building a house for a local Habitat for Humanity project, among a longer list of volunteer efforts.