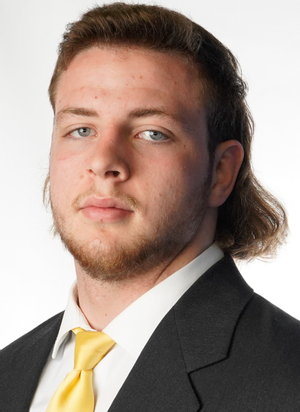 App State freshman Carson Floyd captured his second individual title in the opening month of the season as the Mountaineers had six wrestlers place at the Patriot Open hosted by George Mason.

Floyd, who won the Mountaineer Invitational last month in his second collegiate event, went 4-0 in the 197-pound bracket Sunday to improve to 12-3 this season. He began the tournament with a fall in 36 seconds, followed that with a 6-0 decision in the quarterfinals and reached the final with a pin in 2:30 against Davidson’s Gavin Henry, who has finished as high as third at the SoCon Championships during his career.

In the final, Floyd held a 2-0 lead thanks to an early takedown before an injury to George Mason’s Jonathan List ended the match with one period completed.

Floyd, Luke Uliano (184 pounds) and Jacob Sartorio (heavyweight) were all finalists, as Uliano won his first four matches and Sartorio claimed his first three before they suffered finals losses.

Ethan Oakley had a 3-1 record en route to a third-place finish at 133 pounds, and Triston Norris went 2-1 to place third in the heavyweight bracket. OJ Bost also placed by finishing sixth at 165 pounds.