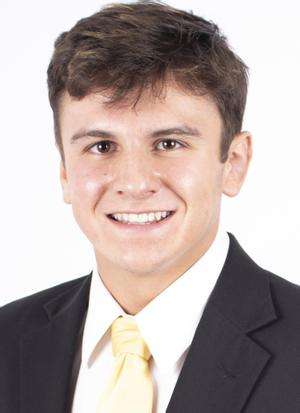 Less than 10 seconds after the home dual against Duke began, Caleb Smith brought fans in Varsity Gym to their feet with an emphatic takedown.

Fans of the 19th-ranked Mountaineers had reason to cheer all evening, as App State won the first nine matches in a 42-3 victory against Duke on Tuesday night. The crowd of 968 witnessed eight of those wins produce bonus points in a one-sided affair that gave the Mountaineers their 10th victory over a Power Five program since JohnMark Bentley became head coach.

After climbing to its highest-ever ranking in the NWCA Coaches Poll earlier in the day — App State is as high as No. 18 in the country in a different poll and has been as high as No. 16 in InterMat’s rankings, back in 2016-17 — the Mountaineers improved to 7-2 overall by dominating their final nonconference dual.

The Appalachian Open on Saturday is next on the schedule, and App State will take a 3-0 league record into its SoCon dual at Gardner-Webb on Monday.

Smith’s fast start in Tuesday’s opener at 125 pounds propelled him to a six-point pin with 20 seconds left in the second period — he was on the verge of a five-point tech fall with an 18-4 lead before securing the fall. Tommy Askey also earned six team points against Duke (3-7) with his second-period pin at 157, and a Duke forfeit at 174 allowed Will Miller to contribute six more points to the team score.

Formato, who won 7-4 against Gabe Dinette last year in Durham, recorded a takedown 22 seconds into the rematch. A takedown and four-point near fall in the second period enabled him to open up a 9-0 lead.

Leading 2-1 after a second-period rideout, Uliano quickly followed a third-period reversal with a four-point near fall to take control of his match.

Facing Duke’s Vincent Baker, who was coming off a Friday win against previously ranked Max Shaw of North Carolina, Floyd recorded a takedown in the first 15 seconds and led 4-1 with 1:51 in riding time after one period. Ahead 6-1 after two periods, Floyd used a third-period reversal and takedown to collect a bonus point.

The 2022-23 season is presented by Hungry Howie’s and Penn Station.