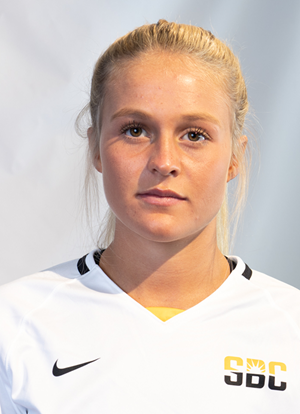 In the 20th minute of the game, Kerry Eagleston saved an opposing shot for the 320th time in her career, moving her up to third all-time at App State. Eagleston had six total saves on the day.

The Mountaineers responded to two first-half goals by the Eagles with six shots in the opening period and four more in the second.

Izzi Wood led the Black & Gold in opportunities with three shots, two of which were on goal. Breckyn Monteith earned two shots with one on target in 85 minutes of action.

In the backfield, Eagleston, Kaitlyn Little and Skyler Walk played all 90 minutes in the game, shutting out the Georgia Southern offense in the second half.

The Mountaineers fall to 3-7-4 overall, 2-4 in the Sun Belt Conference. App State will return to Boone, N.C. for a home game against Old Dominion on Friday at 6 p.m.