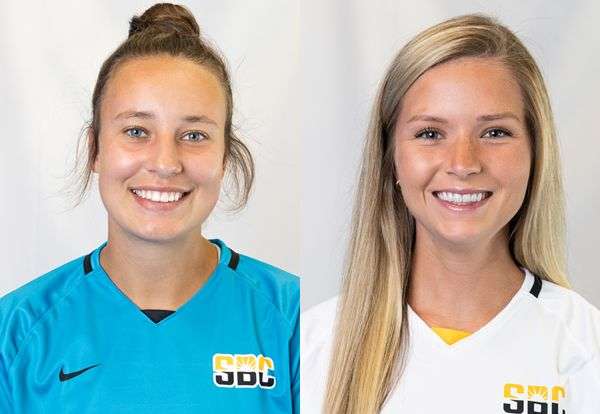 Eagleston and McGibany advance to the ballot for CSC Academic All-America recognition, which will be announced in early December.

A native of Winston-Salem, N.C., Eagleston maintains a 3.80 GPA while working toward her degree in social work and wrapping up her minor in psychology. On the field, she is one of the most decorated goalkeepers in program history, ranking third all-time in saves (349) and shutouts (18). This season Eagleston led the Sun Belt with 93 saves, while her .809 save percentage was good for third in the conference. She also posted six shutouts this season which ranked fifth in the Sun Belt, and her 1.17 goals-against average was seventh in the league.

McGibany maintains a perfect 4.0 GPA as a chemistry major with minors in biology and business. The Tallahassee, Fla., native played in 71 matches across her four seasons with the Mountaineers, scoring three goals and adding five assists. This season, the senior forward netted a goal to help the Mountaineers to a 2-1 victory at home over Coastal Carolina. McGibany added an assist in App State’s 3-1 victory over Louisiana that clinched a spot in the Sun Belt Tournament.

This duo represents a squad that continues to excel academically. The team finished the spring 2022 semester with a 3.71 GPA, the best mark in program history. These All-District selections mark yet another achievement for App State Athletics, which earlier this month was recognized for having the top graduation rate among Sun Belt members and placing a conference-best 211 student-athletes on the Sun Belt Commissioner’s List and Academic Honor Roll for the 2021-22 school year.