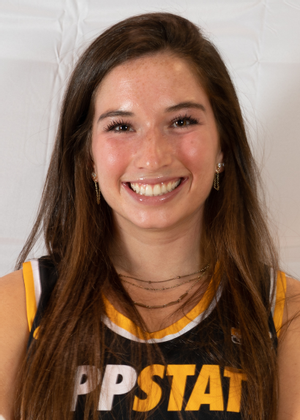 The App State women’s basketball team (3-5) defeated Johnson C. Smith (4-4), 107-52, on Saturday at Holmes Convocation Center, reaching 100 points for the first time since Nov. 29, 2010 when the Black and Gold hosted Elon. The triple-digit victory is the first under head coach Angel Elderkin’s tenure and 19th in program history. The last time App State scored 107 points in a game was against High Point on Feb. 25, 1987.

“I’m just really proud. It’s fun to go into a locker room and experience so much joy with the team that a week ago, they say that basketball brings you the highs and brings you the lows and I think we were at a really low point on Saturday. But we took the lesson, we learned from it, and we grew,” said Elderkin.

“This is a tough week, we’re in exams, so it can be tough. Practices cannot always be the most intense, but I thought our team played with an unbelievable amount of energy and passion and we just really focused on us. I think it would have been easy in the second half to get complacent and I thought our team found another gear. So just, a really fun day for the Mountaineers.”

App State scored 48 points off the bench and 27 off turnovers.

Johnson C. Smith took an early 5-0 lead in the first quarter, but App State was quick to erase the deficit, as a Bigott 3-pointer put the Mountaineers up 11-9 for the only lead change of the game.

In the fourth quarter, junior Dane Bertolina and redshirt junior A’Lea Gilbert drained 3 of 3 of their shots as the Mountaineers eclipsed 100 points. Freshmen Nadiyah Byard, Lexi Grant, and Lewis also recorded points in the final quarter.