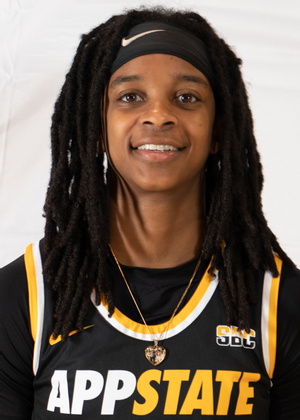 Three Mountaineers scored double-digits, with Janay Sanders leading the team with 18 points on the night. Junior Faith Alston scored the second-most points (14) and recorded a double-double, leading the team in rebounds with 11. Alston also drew 14 fouls from the Eagles. Freshman Alexis Black netted a career and season high 13 points, eight of which were scored in the second quarter.

The Mountaineers scored 17 points off the bench and 16 off turnovers.

NC Central jumped ahead early, sinking five of six treys, to take a 23-11 lead in the first quarter. The Mountaineers steadily chipped away at the lead, with Black finding her stride midway through the quarter with a jumper, layup, and two free throws within a minute of play.

Down 33-32 at the half, the Mountaineers battled through the third and fourth quarters, marking four lead changes and five ties. Sanders scored 16 of her team-high 18 points in the second half and tied the score at 70-70 with a layup in the last 14 seconds of play, but it wasn’t enough as the Eagles answered with a jumper of their own that gave them the final edge.

Four Eagles scored double-digits and were led by Jerni Kiaku, who needed 20 of NCCU’s points.

UP NEXT
The Mountaineers’ last non-conference road trip continues, as the Black and Gold heads to Ann Arbor, Mich. to take on No. 19 Michigan on Dec. 17 at 12 p.m. Saturday’s game will be available to stream on B1G+.

App State will close out its non-conference slate with its Ugly Sweater Game against Gardner-Webb on Dec. 20 at 2 p.m. Fans can enter the ugly sweater contest for a chance to win a set of new airpods. Santa will also make an appearance at Tuesday’s game and will be available for photos.