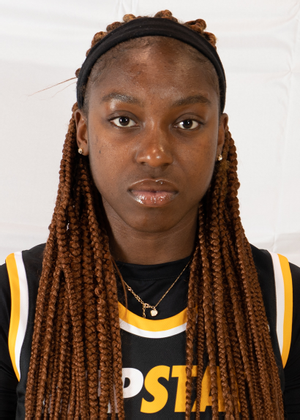 The Appalachian State women’s basketball team closed out nonconference action with a thrilling 87-81 victory over Gardner-Webb (8-4) at Holmes Convocation Center on Tuesday. The Mountaineers will enter Sun Belt play with a 4-7 record after snapping GWU’s three-game win-streak.

Five Mountaineers scored in double figures and were led by freshman Chaé Harris, who netted 17 points on 7-of-12 from the field and 3-of-4 from the 3-point line. Redshirt senior Janay Sanders added 16 points (including half of her scoring from the free-throw line) and scored a huge three-point play to ice the game in the final seconds. Redshirt junior A’Lea Gilbert tied her career high with 15 points, set at Michigan, and matched sophomore Emily Carver with a team-high six rebounds.

Graduate student Brooke Bigott and Carver added 14 points apiece as the Mountaineers shot 49 percent from the field and 45 percent on 3-pointers.

Ahead by one to start the fourth quarter, the Mountaineers maintained a steady lead throughout, as the Bulldogs fought to catch up. A fastbreak layup from Carver put App State ahead 81-76 late in the quarter and a trio of free throws from Sanders kept the Mountaineers up 84-78. Sanders capped the game with a three-point play, receiving a smooth feed from Faith Alston on her way to a layup and the ensuing free throw as App State clinched the win, 87-81.

The Black and Gold took an early 8-6 lead after Bigott drilled a 3-point bucket that was followed by a Sanders jumper and three-point play from Carver. Gardner-Webb was quick to jump ahead, taking a 23-16 lead at the end of the quarter. The Mountaineers began to find momentum in the second quarter as Harris and Bigott helped close the deficit, with Harris draining a pair of treys while Bigott drilled two 3-pointers and recorded a layup.

App State’s momentum carried into the third quarter as a pair of Carver layups and a layup from Gilbert set up freshman Alexis Black for a tying trey. Shortly after, a free throw from Gilbert flipped the score in App State’s favor, which was promptly followed by a 3-pointer from Harris to extend the App State lead to 49-45. Black further extended the deficit in the Black and Gold’s favor by five in the span of 32 seconds, nailing three free throws as well as a jumper. Tuesday’s game is the second consecutive game that Black has shot perfectly from the charity stripe.

The Mountaineers will open Sun Belt play on Dec. 29 and 31, welcoming new league members Old Dominion to the High Country. App State will host ODU on Thursday, Dec. 29 at 6:30 p.m.