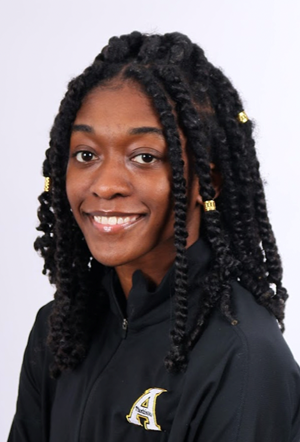 The App State men’s and women’s track and field team closed out the final day of action at the Sun Belt Championships in Lafayette, La. on Saturday, totaling eight medals on the weekend. After a second weather delay, the Mountaineers finished sixth with 58 points in the men’s team standings. The women’s team tied for seventh with ULM, earning 51 points.

In the men’s 100 meters, senior De’Shawn Ballard earned his spot on the podium after posting a time of 10.33 to place third. Ballard’s time places him fourth in the App State all-time list.

In the men’s 400-meter hurdles, senior Dylan Blankenship clocked a time of 53.10 to place fifth in the final. Freshman Alexis Svoboda also posted a fifth-place finish, leading the Mountaineers in the women’s 5000 meters and stopping the clock at 18:04.35.

The NCAA East Preliminary Round will be held May 25-28 at Indiana University in Bloomington, Ind. The top-48 declared student-athletes will be accepted for each individual event and the top-24 declared relay teams will be accepted for the relay events. Accepted competitors will be announced on NCAA.com the week prior to competition.

Several Mountaineers are projected to advance to the NCAA East Prelim at the close of the Sun Belt Outdoor Championships. Currently, Branch and Burris are ranked 23rd and 36th in the women’s triple jump and Brown is ranked 28th in the men’s 3000-meter steeplechase. Smith shifted to 42nd in the women’s long jump after her performance on Friday. Ballard, Haddock, and junior Djamila Petersen are also in the running to participate in the preliminary meet in the men’s long jump and women’s triple jump, respectively.

All regional qualifiers will be finalized after all NCAA conference meets conclude.

App State softball's Kayt Houston added another achievement to her historic season this week. The…