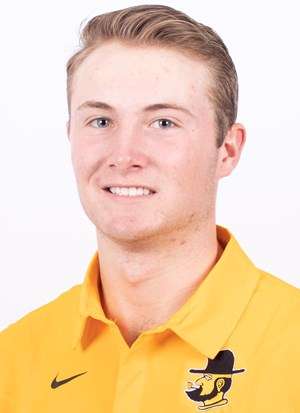 Recording his first top-five finish for App State, Colin Browning tied for fourth place with a 1-under tournament total of 215 at the Georgia State Invitational, and Lukas Jönsson tied for 14th place.

The highlight of the 54-hole event was a 5-under 67 in the second round from Browning, who tied his best App State round by making six birdies and one eagle on Monday afternoon. He began Round 2 on the back nine and made the turn with a 5-under 31 thanks to three birdies and an eagle on the par-five 15th hole.

Browning led the field by shooting 8 under and averaging 4.33 strokes on the par-five holes this week.

Jönsson had a 2-under 70 with one eagle and one birdie in the second round. Addison Beam came in next for the Mountaineers, with a second-round 73 serving as his best score of the week.