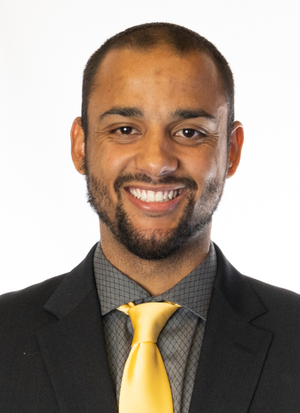 Martin comes to the High Country to join Kerns’ staff as the program’s director of recruiting for the 2022-23 season.

The Greensboro College graduate will oversee the program’s recruiting efforts and assist the coaching staff with selecting and developing student-athletes. He most recently served as the coordinator of student-athlete development at the University of Arkansas after spending two years there as a graduate assistant.

“I would like to thank Coach Kerns and the men’s basketball program for this incredible opportunity to work at such an amazing institution,” Martin said. “I am honored to be a part of the Mountaineer family.”

Martin joins an organization that has grown and stood out in the Sun Belt Conference since Kerns took the reins prior to the 2018-19 season. Coming off its third-consecutive winning season, App State captured the 2021 Sun Belt Conference Championship to earn an automatic bid to the NCAA Tournament and is fresh off its second consecutive year of playing in a national postseason tournament.

Kerns on Martin: “We are thrilled to add Raheem Martin to our coaching staff,” Kerns said. “He is a North Carolina native and has had great experiences in basketball. While on the Arkansas coaching staff, he helped the Razorbacks to two straight Elite Eights. He had a successful playing career at Greensboro College and has built great relationships in this state. Please welcome Raheem, his wife Abby and their two children, Sawyer and Ezra.”

During his playing career, the four-year letterman was named USA South Defensive Player of the Year following the 2013-2014 season. He finished his career with 85 blocks, which ranks third on the Pride’s all-time list, and ranked ninth in career steals with 116.

A native of Mocksville, N.C., Martin returns to North Carolina to continue his career at App State. He is the brother of twins Cody and Caleb Martin, who played for Eric Musselman at Nevada and play for the Charlotte Hornets and Miami Heat, respectively.