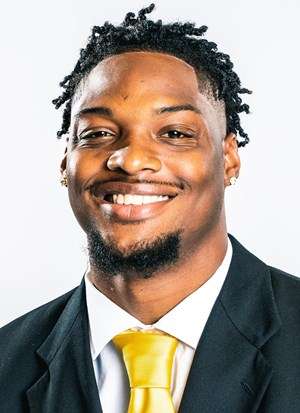 App State Football played yet another nailbiting game, falling 32-28 to James Madison in front of another above-capacity, sellout crowd at Kidd Brewer Stadium.

All four of the Mountaineers’ games to date have been decided by four points or less, with 13 points being the combined separation.

App State (2-2, 1-1 Sun Belt) built a 28-3 lead and led 28-10 at the break before the Dukes (3-0, 1-0) scored 22 points over the final 16 minutes, 19 seconds in their first Sun Belt Conference game. After linebacker Trey Cobb made a fourth-and-1 stop for a 1-yard loss back to the App State 10 with 2:06 remaining, the Mountaineers advanced to their 42, with Chase Brice’s 23-yard completion to Christan Horn getting them out from the shadow of their own end zone.

The Dukes were able to run out the clock after breaking up a fourth-and-9 pass in the final minute. A crowd of 33,248 was on hand to witness the first FBS meeting between App State and JMU, which had a history of memorable games when both tradition-rich programs were FCS powers.

Nick Hampton recorded two sacks and forced a fumble for an App State defense that created two key takeaways. Cobb made a team-high nine stops and recovered a fumble forced by Deshawn McKnight.

The Dukes chewed up nearly seven minutes on the game’s opening drive, turning that into a 40-yard field goal, but App State responded by scoring 28 straight points is a stretch of 7:35 during the second quarter.

JMU threatened to end the first half with a big momentum swing, as they ended a 75-yard scoring drive with a 23-yard touchdown pass and then forced a turnover on a sack of Brice in the last 90 seconds of the half. The Dukes took over at the App State 10, but DeAndre Dingle-Prince made a tackle for no gain before pressures from Jordon Earle and Hampton forced a 27-yard field goal attempt.

That kick sailed wide right, allowing App State to take a 28-10 advantage into the locker room.

App State’s two takeaways gave the Mountaineers’ offense possession at the JMU 22 and the JMU 16.

The first one came when McKnight knocked the ball loose in the backfield on a run, leading to a recovery by Cobb. Brice found Gibbs in the back of the end zone four plays later.

Hampton’s second sack of the day and fifth of the season, giving him 24.5 in his career, set up the offense with another short field. Jalen McLeod initially scooped up the loose ball before fumbling it again, and Tyler Bird came out of the pile with possession. Brice’s 11-yard completion to Robinson preceded Noel’s 5-yard score.

Less than five minutes remained in the third quarter when App State punted with an 18-point lead, and KeSean Brown fell on a muffed punt, but officials ruled kick-catch interference after a JMU blocker hit an App State coverage player close to the punt returner, causing both players to make contact with the returner.

Walker’s 22-yard return to the App State 9 set up Kaelon Black’s go-ahead, 4-yard touchdown run. After a three-and-out possession for App State’s offense, JMU ran 7:07 off the clock on its 13-play, 63-yard drive that ended with Cobb’s fourth-down stop to give the Mountaineers one last chance.