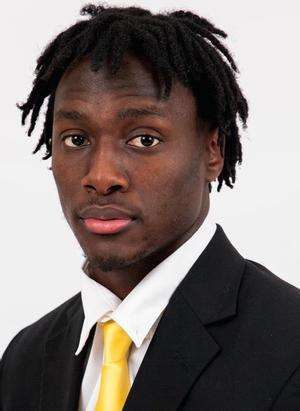 The highest-scoring game in App State-Georgia Southern series history was also one of the most dramatic with three second-half ties and eight total lead changes.

The final play, a 25-yard touchdown pass in the second overtime, gave the Eagles a 51-48 win in the regular-season finale on a rainy Saturday night at Paulson Stadium.

Nate Noel rushed 12 times for 171 yards and three touchdowns, including a 25-yard touchdown that helped tie the game in the first overtime, as the Mountaineers totaled 376 yards on the ground. After Michael Hughes hit the extra point and added a 33-yard field goal to cap App State’s possession that opened the second overtime, Kyle Vantrease threw a second-and-10 pass to Ezrah Archie in the end zone for the game-winning points.

The Mountaineers (6-6, 3-5 Sun Belt) were attempting to improve to 3-0 against Georgia Southern (6-6, 3-5) under head coach Shawn Clark and win two straight games in Statesboro for just the second time. The highest-scoring game in series history, before Saturday, was App State’s 37-36 road win in 2008, two years after the Mountaineers won an overtime game in Paulson Stadium.

App State went ahead 38-31 on Ahmani Marshall’s 2-yard touchdown run with 13:03 left in the fourth quarter, and Vantrease’s 3-yard touchdown run helped tie the game with 4:22 left. The Mountaineers moved downfield thanks to Noel’s 33-yard reception to the Georgia Southern 35 and reached the 26 before a fourth-and-1 run was stopped for no gain with 1:40 left.

The Eagles had to punt from their own 32, and the Mountaineers took over at their 28 with 41 seconds left — and three timeouts remaining.

Noel’s 12-yard run and Chase Brice’s 45-yard pass to Christan Horn, who caught the ball at Georgia Southern’s 30 before sprinting 15 yards down the right sideline, put the Mountaineers in potential scoring range. A rush of 3 yards to the 12 set up a 30-yard kick from the left hashmark with three seconds left, and the attempt started inside the left post before sailing just wide as regulation time expired.

In addition to another big game in Statesboro from Noel, Marshall rushed for 91 yards on 20 carries and Daetrich Harrington had 74 yards on nine attempts. Marshall and Harrington each scored one touchdown apiece.

App State settled for two early field goals from Hughes, including one after DeAndre Dingle-Prince recovered a first-possession fumble forced by Parker, and Noel scored touchdowns on second-quarter runs covering 51 and 12 yards.

Running left behind tackle Anderson Hardy and pulling guard Bucky Williams early in the second quarter, Noel easily ran through a last-ditch tackle attempt at the 31 and cruised into the end zone to help push the Mountaineers ahead 13-7. That 60-yard drive came after a three-and-out stop that followed Georgia Southern’s defense making a goalline stand.

Georgia Southern responded with a nine-play, 75-yard touchdown drive, but App State answered back with its own 75-yard drive that included third-down conversions from Horn and Harrington.

A first-down completion to Kaedin Robinson set up another run into the left side of the end zone from Noel, who has rushed for 274 yards and four touchdowns on 25 carries in two career games at Paulson Stadium — he scored on a 70-yard run in the fourth quarter of App State’s 2020 win in Statesboro.

The Mountaineers led 20-17 at halftime, added a short field goal early in the third quarter and fell behind 24-23 midway through the quarter. After that, App State took its first seven-point lead of the night by covering 75 yards on three straight big plays: Henry Pearson’s weaving, 40-yard reception, Harrington’s 31-yard run and Harrington’s 4-yard touchdown run. A two-point pass to Noel extended the lead after the Mountaineers had held leads of 13-7, 20-14 and 23-17.

Georgia Southern tied the game with an eight-play, 75-yard drive, but App State moved ahead 38-31 on a nine-play, 75-yard march in which the only non-Marshall run was an 18-yard completion to Robinson. Marshall’s eight carries for 57 yards included his 2-yard touchdown run early in the fourth quarter.

Logan Doublin intercepted a deep throw at App State’s 30 and returned the ball 19 yards to end Georgia Southern’s next drive, but the teams traded punts over the next few minutes, with the Mountaineers’ defense forcing a three and out after they punted for the first time all night. After App State’s second punt, the Eagles tied the game at 38-all with 4:22 remaining thanks to a five-play, 69-yard touchdown drive that began with two completions that covered 40 yards.