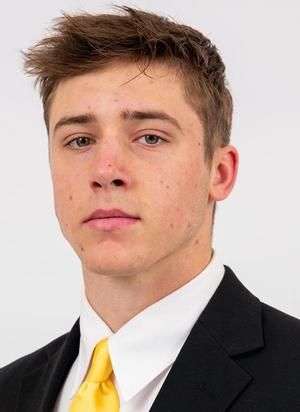 With App State alums returning to the High Country for Homecoming Saturday, several newcomers were able to make their debuts as the Mountaineers built a big lead in a 42-3 win against Robert Morris.

Chase Brice threw touchdown passes on four of his 17 completions while totaling 185 yards through the air for App State (5-3), and the offense finished with 512 yards, including 287 on the ground. The defense held the Colonials to just a second-quarter field goal and 148 total yards. By allowing just 70 passing yards, App State kept an opponent under 100 passing yards for the fourth time this season.

Unofficially, 83 players saw action for the Mountaineers, with 11 true freshmen being among the 20 players who made their App State debuts.

Nick Ross intercepted a pass on Robert Morris’ second play and KeSean Brown had an early sack as App State’s defense limited the Colonials (0-8) to 17 offensive yards during a first quarter in which they didn’t record a first down, but the Mountaineers held only a 7-3 lead going into the last five minutes of the half.

The first-quarter touchdown pass from Brice to Dashaun Davis (covering 31 yards) was eventually followed by a 12-yard touchdown pass to Tyler Page on a jet sweep (for his first App State score, following a David Larkins block) and a 19-yard touchdown pass to 6-foot-4 Dalton Stroman, who outjumped a shorter defender to calmly come down with the ball in the end zone 13 seconds before the break.

Leading 21-3 at halftime, App State quickly stretched its lead once play resumed, as tight end Miller Gibbs scored on a 9-yard touchdown pass from Brice and Anderson Castle followed a punt-forcing sack by Jalen McLeod with a 19-yard touchdown run.

That score with 5:56 left in the third quarter ended Brice’s day and set up the App State debut for true freshman quarterback Ryan Burger. On his second series, Burger led a nine-play, 61-yard drive that classmate Kanye Roberts capped with a 1-yard touchdown run.

McLeod led App State with six tackles, including 1.5 tackles for loss, and Logan Doublin also had a sack for the Mountaineers.

Burger completed four of his six passes for 40 yards and rushed for 23 yards, including a 12-yard scramble. Nate Noel had a team-high 88 yards on five carries, followed by Castle with 67 yards on nine attempts and Roberts with 57 yards on 11 rushes. Twelve offensive players caught at least one pass.