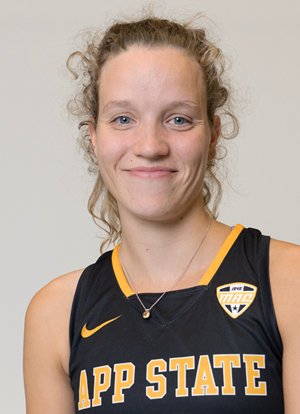 “I’m proud of our team for coming back, fighting and working together after three games that finished within one goal,” head coach Meghan Dawson said.

Graduate student Friederike Stegen started the scoring trend for the Mountaineers (4-3, 1-1 MAC) by punching in her sixth goal of the season by way of Anna Smarrelli’s assist.

The Chippewas (1-7, 0-2 MAC) tied the game 10 minutes into the first quarter with a goal scored by Kate Biglin.

In the second quarter, App State shocked CMU with three straight goals in less than one minute of action.

“We’ve been working on diversifying our attack to build on our corner success with other types of looks on offense,” Dawson said.

Graduate student Smarrelli snagged the first goal, assisted by seniors Allison Corey and Carli Ciocco. Ciocco now has seven assists on the season, moving up to eighth all-time at App State in single-season assists. She also leads the conference in the assist column.

Freshmen duo Henriette Stegen and Lise Boekaar then both scored the first goals of their careers back-to-back to give the Mountaineers a 4-1 lead midway through the second period. Henriette Stegen’s goal was assisted by senior Sarah Farrell.

“These two freshmen have been a huge asset to our team this year and this is such an exciting moment for both of them,” Dawson said.

In the third period, Friederike Stegen scored again to mark her seventh goal on the season, the most in the MAC. She also tied her career high for goals scored in one season.

In the fourth, App State was not complacent with its lead. Ciocco earned a penalty shot in the 54th minute and capitalized for her first goal of the season before senior Pauline Mangold finished the day with a goal off of a rebounded save.

On the night, the Mountaineers out-shot the Chippewas 22-3 and earned seven corners to CMU’s zero.

Clark, Corey and junior defender Grace Ball each played 60 minutes on the defensive side of the field.

Sophomore forward Charlotte Bosma returned to action for the first time this season after missing the first six games due to injury.