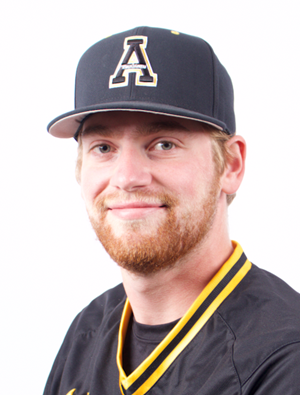 Eli Ellington was phenomenal for the Mountaineers out of the bullpen, tossing 4.1 scoreless innings, striking out a career-high seven, and leading App State past ULM, 5-1, Friday at Warhawk Field.

Ellington entered with the bases loaded and two outs in the fourth inning, and the Mountaineers leading 2-1, and promptly picked up a strikeout on three pitches to escape the jam. App State never relinquished that lead. Ellington did not allow a hit in his outing, and worked around two walks and two hit batsmen. He was helped out by a strikeout double-play in the sixth inning.

App State (12-23, 4-12) wasted no time in getting on the board, as Andrew Terrell blasted the third pitch of the ballgame over the left field fence for his first home run of the season.

After the Warhawks (13-22-1, 5-10-1) tied the game in the third inning, the Mountaineers re-gained the lead quickly. Austin St. Laurent led off the fourth with a single and Hayden Cross followed with a double to put two in scoring position. Jacob Whitley delivered a sac fly to left field to put App State back in front.

The Mountaineers added several insurance runs in the late stages. In the seventh, the App State loaded the bases on walks to Dylan Rogers and Terrell, sandwiched around a double from RJ Johnson. With Phillip Cole batting, Rogers scored on a wild pitch to make it 3-1.

In the eighth, Cross laced his second double of the ballgame with one away, and two batters later scored when Rogers beat out an infield single. After stealing second, Rogers came into score when Alex Aguila ripped a ball off the Warhawks first baseman, on what was ruled an error, to make it 5-1.

Tyler Tuthill started the ballgame and worked the first 3.2 innings, giving up one run and striking out three. He also made an incredible defensive play, glove-flipping a ball to first to snuff out a ULM bunt attempt in the second. Cameron Kepley finished the ballgame with a scoreless ninth, including a strikeout. As a whole the Mountaineer staff fanned 11 on the night, while allowing just three hits, and none after the third inning.

3A: Hickory: 6 Lake Norman Charter: 3 The Red Tornadoes advance to the semifinals where…