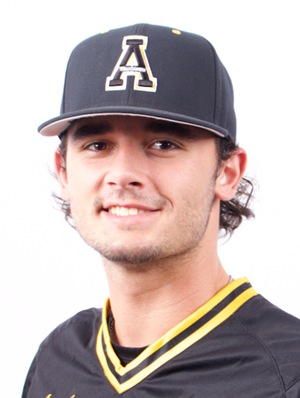 For the second consecutive season App State baseball earned a win in the Sun Belt tournament, but the Mountaineers were unable to extend their postseason run Friday, falling to Georgia Southern in the quarterfinals, 7-1.

After falling behind 2-0 in the first inning, the Mountaineers were able to get a run back in the second. Hayden Cross led off the frame with a single to left field, and Phillip Cole followed with a walk. Later in the inning, Austin St. Laurent lined a single to center field to load the bases. RJ Johnson then plated a run with an RBI groundout to make it 2-1.

The Mountaineers were unable to do any further damage in the inning, stranding two runners. They also left the bases loaded in the fourth inning, and stranded two more in the fifth, ultimately stranding ten in the ballgame, and going just 1-for-11 with runners in scoring position.

Georgia Southern was able to pull away with the long ball. Christian Avant hit a three-run home run in the fifth inning, and Parker Biederer added a two-run shot in the seventh to make it 7-1 Eagles.

In his final appearance as a Mountaineer, Cameron Kepley struck out three, in 1.2 scoreless innings in relief. Fellow senior Austin Primm followed by striking out the only batter he faced to end the eighth.