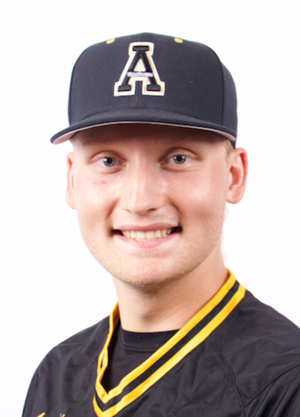 Appalachian State baseball were forced to overcome a 2-0 deficit Saturday, in addition to having to wait out a 3:36 rain delay, but they prevailed late, taking down Troy, 6-3, at Smith Stadium in the regular season finale.

With the Mountaineers trailing 3-2 in the seventh inning, Alex Reed led off with a single through the right side, and one batter later Andrew Terrell reached on an error while trying to bunt him to second. With one out in the inning, Hunter Bryson came up as a pinch hitter and chopped an RBI double down the left field line to tie the score. Later in the inning, Hayden Cross served a double of his own into the left field corner to give the Mountaineers a 5-3 lead.

The Mountaineers got a tremendous start from Austin Primm, who fired a career-high five innings, giving up just two runs on five hits while striking out a pair in his first start of the season. Fellow seniors Shane Roberts and Trey Jernigan followed suit. Roberts earned the win, striking out three, in two innings in relief. Jernigan secured his second save of the season with two scoreless innings, inducing a double-play ball to end the ballgame.

The Mountaineers got on the board for the first time in the fifth inning. Dylan Rogers and Jacob Whitley worked back-to-back walks to begin the frame, and Dalton Williams loaded the bases with a pinch-hit single through the left side. Terrell and Luke Drumheller then each lifted a sacrifice fly to center to tie the score at 2-2.

The Mountaineers did not commit an error in the field, and the pitching staff walked only one batter in the ballgame. At the plate, Rogers reached base all four times up, with two hits and two walks.

Racing Expected to Return in August to North Wilkesboro Speedway