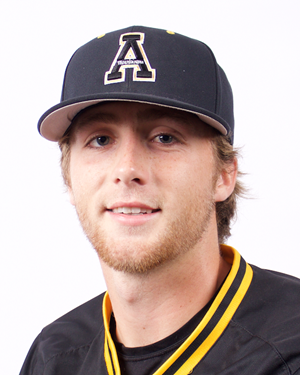 App State blasted a season-high three home runs Sunday afternoon, and was able to make a big first inning hold up, outlasting Georgia State, 10-7, in the series finale at the GSU Baseball Complex.

The Mountaineers (16-28, 7-17) scored four runs in the top of the first inning to take the early lead and never trailed thereafter. Andrew Terrell and Luke Drumheller opened the ballgame with back-to-back singles, and two batters later, Hayden Cross put App State on the board with his 14th double of the season, plating Terrell from second base. Austin St. Laurent followed with a three-run home run to right field, his third homer of the year, to make it 4-0.

App State continued to add on each of the next two innings. In the second, Terrell reached on a throwing error to open the frame, and two batters later, Andrew Greckel cracked a two-run homer to right to make it a 6-2 ballgame. The home run was Greckel’s fourth of the season, and second in as many games.

In the third inning Terrell, who scored four runs in the ballgame, worked a two-out walk, and Drumheller capitalized with a two-run homer to right field to make it 8-2 Mountaineers.

Georgia State (27-22, 12-12) rallied in the middle innings to make it an 8-7 ballgame. That’s when the Mountaineers bullpen stiffened. Austin Primm entered in the sixth, and struck out a career-high five batters in two innings of work, yielding just a run. Cameron Kepley followed with two scoreless innings, to earn his first save of the season, adding four strikeouts. The Mountaineers as a whole finished the ballgame with 14 strikeouts, as Jason Cornatzer recorded five punchouts in five innings of work to earn the win.

App State pushed across a pair of insurance runs in the seventh inning. Dalton Williams led off with a double to right-center, and after advancing to third on a groundout, scored on a sacrifice fly from Alex Aguila. Terrell continued the rally with a single to left, and made it up to third base after a pair of steals. Drumheller capped the rally with an RBI single through the right side to score Terrell and make it 10-7.

The Mountaineers will return to action Friday, when they travel to Arlington, Texas for a three-game series against the Mavericks.