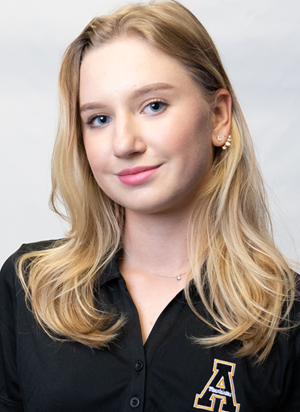 Ekaterina Prokhorova led the Mountaineers with a sixth place finish on the individual leaderboard.
photo courtesy of Appalachian State Athletics

Taylor opened the tournament with a career-best, 1-under 71 that included four birdies. She was tied for fourth after one round and in fifth place after 36 holes.

Prokhorova shot an even-par 72 in Round 2. Diaz and Mitchell led the team with matching 74s in the final round of the 54-hole event.