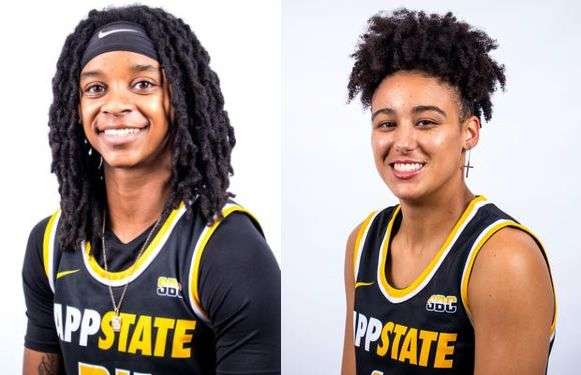 Last season, Sanders started all 26 games during the 2021-22 campaign, clocking 691 minutes on the court. Over the course of the season, Sanders scored 324 points, averaging 12.5 points per game, which landed her second on the team in the points category. The Charlotte, N.C. native posted a field goal percentage of .521, and a free throw percentage of .560, sinking 65 free throws. Sanders totaled 77 rebounds (57 defensive, 20 offensive), made 54 assists and posted 23 steals. At the end of season, Sanders ranked 11th in the conference in scoring, rounded out the top-18 in the free throw percentage category and was ranked in the top-25 in the assists category. Sanders capped the 2021-22 season with a Third-Team All-Conference nod for her efforts on the court.

Last season, Alston started 18 of the 25 games she appeared in, clocking 739 minutes on the court and scoring 246 points on the year. Alston boasted a .729 free throw percentage, making 35 of 48 free throws, and posted a .385 field goal percentage, sinking 90 shots. The Centerville, N.C. native led the team in assists last year, notching 81 and averaging 3.2 per game. Over the course of the season, Alston totaled 70 rebounds (54 defensive, 16 offensive), and averaged 2.8 per game. At the end of the season, Alston ranked eighth in the SBC in the assists category, and landed in the top 25 for minutes played as well as three-pointers made per game.

Alston and Sanders join seven Mountaineers who have earned spots on the Sun Belt Preseason All-Conference teams since App State joined the conference in 2014.

In the SBC Preseason Women’s Basketball Coaches Poll, the Mountaineers were picked eighth with 102 votes.

Last season, App State went 14-12 (8-4 SBC), achieving its best conference record and highest league finish since joining the Sun Belt. The Mountaineers went on a three-game win-streak in non-conference action from Nov. 28 to Dec. 5, defeating UNC Asheville, ETSU and Gardner-Webb. In Sun Belt play, the Black and Gold went on a five-game win-streak that spanned from Jan. 15 to Jan. 29, and included wins over Little Rock, Louisiana, ULM, and a pair of back-to-back victories over Coastal Carolina. The Mountaineers capped the regular season with a home win against South Alabama on Feb. 26. In the SBC Tournament, the No. 4 seeded Mountaineers fell to Nov. 5 seeded Little Rock in the quarterfinals.

App State will open the 2022-23 season on Nov. 8 against Charlotte at Halton Arena in Charlotte, N.C. The Black and Gold’s home opener is slated for Nov. 14 against Lees-McRae at the Holmes Convocation Center.