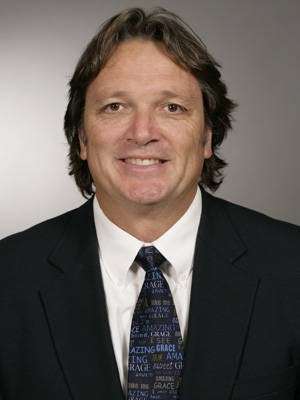 App State track and field’s long-time pole vault coach David Ward has announced his retirement after serving on the Mountaineers’ staff for 20 years.

He joined the App State staff in the fall of 2003.

“I can’t thank David Ward enough for his mentorship, leadership and the care he had for the student-athletes of this program and App State Athletics,” track and field head coach Damion McLean said. “It has been great having an individual you would love to have around teaching you different aspects of coaching and life, especially that actually came from this program.”

“I would like to say thank you to Roachel Laney, John Weaver, and Damion McLean for affording me the opportunity to be an assistant track coach at the finest school in the land,” Ward said. “I have been truly blessed to have coached many incredible student-athletes. It has also been my honor and privilege to have served with great coaches, not just in track and field, but in all the other sports teams at App. I plan on devoting my retirement years to being the best grandfather, father, and husband that I can be.”

The App State men clinched a total of six consecutive SoCon titles in the pole vault (three indoor and three outdoor) from 2006 to 2008. Barron Shell captured back-to-back indoor and outdoor SoCon titles in 2006 and 2007, while Mike Wilson took gold in the 2008 indoor season and Ryan Twiford earned the 2008 outdoor title. Philip Thomas earned App State’s last SoCon pole vault title in 2014 before the Mountaineers’ move to the Sun Belt Conference.

Tristian Shaver earned App State’s first Sun Belt indoor pole vault title in 2019 after tying with Arkansas State’s Michael Carr. Shaver and Carr had both cleared 5.13m (16′ 10″), which led to a jump off. Shaver clinched the title after clearing 5.18m (17′ 0″) and set what still stands as App State’s program record for the indoor pole vault.

Prior to his time at App State, Ward spent 11 years as a high school track, cross country, and strength & conditioning coach.