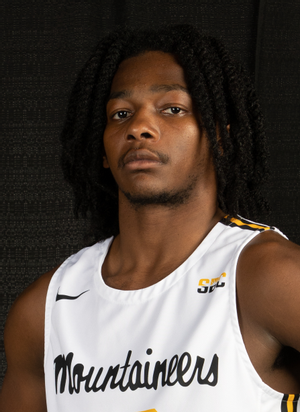 Terence Harcum had 15 points for the Mountaineers in the win.
photo courtesy of Appalachian State Athletics

The Mountaineers (10-9, 3-3 SBC) allowed only 45 points, which were the fewest in a league game since 2015, when App State defeated ULM, 68-43. In both of these contests, the opponent held the first-place standing in the Sun Belt.

After Terence Harcum tied the game with a 3-pointer six minutes through the first half, the Mountaineers led the rest of the way.

App State held the Trojans (12-7, 4-2 SBC) to a four-minute scoring drought from the 15-minute mark to the 11-minute timestamp of the first half, halting the visiting team to eight points in the first eight minutes of play.

Minutes later, the Black & Gold did not let the Trojans score in the last five minutes of the first half.

App State’s offense began to click in the second half, making the score 42-35 with 7:34 left in the game. At that point, the lead would not go below seven for the rest of the contest.

The No. 1 team in the conference for field goal percentage defense proved itself yet again, holding Troy to 26.7% shooting, and 16.1% from downtown.

Offensively, Harcum led the way with 15 points, including an 8-9 performance from the free-throw line.

Donovan Gregory scored in double-figures for the 50th time in his career, adding 11 points, four rebounds, two assists, two steals and a block.

Xavion Brown put on a great showing in his first start of the season, scoring eight points and grabbing a career-high seven rebounds from the guard position. He also assisted three shots in the most minutes the junior has ever played (33:49).

The Mountaineers hit the road next week for a Thursday night rematch at Coastal Carolina before they visit Old Dominion on Saturday. Following that, App State will have a string of four consecutive home games.