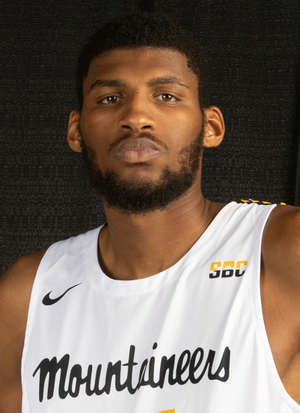 Dibaji Walker had a career-best 27 points and eight rebounds off the bench, but App State fell to Coastal Carolina in overtime, 84-93.
The Mountaineers (10-10, 3-4 SBC) trailed by 11 with seven minutes remaining in regulation before Walker caught fire, scoring on seven of the next eight App State possessions to bring the score within four points of the Chanticleers (9-9, 3-4 SBC).

With 48 seconds left, Donovan Gregory continued the rally by finishing in the paint to make the score 74-76. As Coastal Carolina attempted to extend the lead, Walker blocked a shot, got the rebound, and scored on the other end to force overtime, where the home team would eventually pull away.

Walker’s 27 points were the most by an App State player since Adrian Delph scored 28 against USC Upstate in the last game of the 2021-22 season.

Walker shot 8-11 from the field and made six of his eight 3-pointers. The graduate student also grabbed eight rebounds, the most in his five-year career.

Gregory finished with 19 points, a season-high four steals, and his third nine-assist game of the month.

The Mountaineers scored 39 points in the first half, the most in a league period since Feb. 23 of last year when App State posted 40 first-half points, eventually defeating Little Rock, 78-66.

Head coach Dustin Kerns has only lost two of 23 games during his four-year stint when the Mountaineers score 80 or more.