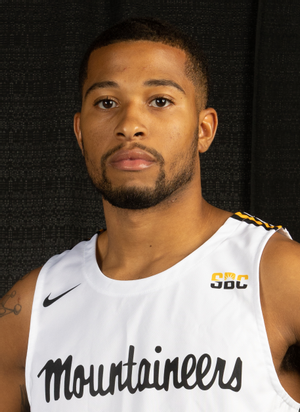 App State men’s basketball fell to Marshall in the home team’s inaugural game in the Sun Belt, 53-79 on Thursday.

Tyree Boykin led all scorers with 20. It was the second time he posted 20 this season, and the sixth time the graduate student tallied at least 14.

The first 10 minutes of the game saw 11 points from Boykin, who posted three early 3-pointers.

Throughout a back-and-forth first half, the Thundering Herd (12-2, 1-0 SBC) went on a run to gain a 21-15 advantage before the Mountaineers went on a 7-0 run to keep things close with six minutes to go. Marshall jumped back to a seven-point lead at the break.

The second half was largely controlled by the home team, despite a few runs by the Mountaineers (7-7, 0-1 SBC) who finished with 16 points in the paint and 13 points off the bench.

Despite the result, App State forced 13 turnovers while only committing nine throughout the match.

The Mountaineers will travel for their third consecutive road game and second SBC contest at Southern Miss (11-2, 0-0 SBC) on Saturday at 3 p.m. ET.